1.9 The perception of color

Color sensations are human sensory perceptions, and color measurement technology must express them in descriptive and comprehensible quantities. Part 1 of DIN 5033 defines color as follows:

”Color is the visual sensation, associated with a part of the field of view that appears to the eye to be without structure, through which this part can be distinguished from another unstructured neighboring area when observed with a single, unmoving eye”.

This rather complicated but unambiguous definition of color allows the visual sensation of “color” to be distinguished from all the other impressions received when seeing. The insertion of “unstructured” into this definition also separates the texture of observed objects from the sensation of color.

Thus the texture of a textile, for instance, is not included in the color.

In general, unlike mass, volume or temperature, color is not merely a physical property of an object. It is rather a sensation triggered by radiation of sufficient intensity. This can be the radiation of a self-emitting light source, or it can be reflected from a surface. This radiation enters the eye where receptive cells convert it to nervous stimulation. The nervous stimulation is in turn transmitted to the appropriate part of the brain where it is experienced as color. The sensation of color not depends only on physical laws, but also on the physiological processing of the radiation in the sense organs. Visual conditions, luminance (brightness) and the state of the eye’s adaptation are among the contributory factors.

Color manifests itself in the form of light from self-emitting light sources, surface colors (of light sources that are not self-emitting) and in the intermediate form of luminescent colors of dyestuffs such as optical brightening agents and day-glow paints that absorb photons from a short wavelength part of the spectrum and emit the energy in a part of the spectrum with longer wavelengths.

From the fact that spectral decomposition of white light produces the perception of different colors, it can be deduced that color perception is closely connected to the light wavelength (Fig. 1). As an example, light with a 650 nm wavelength is perceived as ”red” and light with a 550 nm wavelength perceived as ”green”. However, there are colors, such as purple, that cannot be directly related to a certain wavelength and therefore do not occur in the spectral decomposition of white light.

The perception of color is formed in our brain by the superposition of the neural signals from three different kinds of photoreceptors which are distributed over the human eye’s retina. These photoreceptors are called cones and are responsible for photopic vision under daylight conditions. Scotopic (night) vision is caused by photoreceptors called rods, which are much more sensitive than cones. Since there is only one kind of rods, night vision is colorless.

The three different kinds of cones differ in their spectral sensitivity to electromagnetic radiation. This is shown in Fig. 1 for the average normal sighted human eye. If monochromatic radiation irradiates the eye, as is the case with spectral decomposition of white light, the wavelength determines which types of cones are excited. For instance, monochromatic light at 680 nm only excites one type of cones, whereas the two other types are insensitive at this wavelength. The brain interprets signals from only this type of cones as color “red”. No signal is sent from the other cones. These cones are therefore called “red cones”. Similarly, the two other types are referred to as “blue cones” and “green cones”. 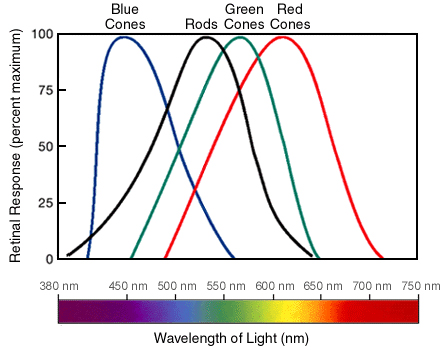 This fact has an important consequence: Consider a light source consisting of three single sources with the colors red, green and blue. If it is possible to vary the intensities of the three single sources individually, all possible colors can be produced. This is the main idea of color cathode ray tubes commonly used in TV and computer monitors - every pixel (a point on the monitor) consists of three smaller individual spots in the colors red, green and blue (Fig. 2). As these individual spots are so close together, the human eye cannot resolve them. Instead, they produce the perception of a certain color by superposition of their respective intensities. For instance, the pixel appears yellow when only the red and the green spot are emitting light, and the pixel appears white when all three spots are emitting light. The entirety of colors produced through color addition forms the RGB color space, since they are based on the three (additive) primary colors red, green and blue.

Fig. 2: The effect of color addition demonstrated with white light from an overhead projector before (top) and after (bottom) passing through a magenta filter.
The respective spectral decomposition is shown on the left whereas the circle on the right shows the resulting color impressions.
It can be clearly seen that the filter strongly absorbs light from the green part of the visual spectrum, whereas blue and red light passes the filter with low attenuation.
The impression of magenta is produced by simultaneous presence of light from the blue and red regions of the visible spectrum, whereas light from the green region is missing. 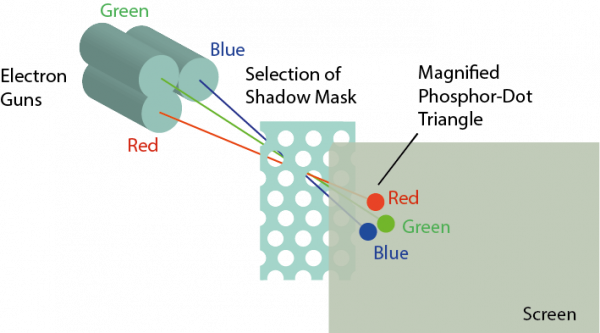 Fig. 3: An RGB monitor consists of tiny red, green and blue spots.
Variation of their brightness produces the impression of different colors by color addition.

Whereas color addition describes the perception of different colors caused by a superposition of red, green and blue light sources, the concept of color subtraction is based on the absorption of white light by filters or pigments. As an example, a yellow filter absorbs wavelengths below about 500 nm, corresponding to blue light, but transmits longer wavelengths corresponding to green and red light. Thus, when irradiated with white light, the filter only transmits wavelengths which stimulate the green and red cones, whereas the blue cones are not stimulated. As discussed above, this results in the perception of the color “yellow”. Similarly, a surface (better: pigments on a surface) absorbing wavelengths below 500 nm and reflecting wavelengths above appears yellow when irradiated with white light. Thus, when irradiated with white light, filters (or pigments) absorbing blue light appear yellow, filters (or pigments) absorbing green light appear magenta, and filters (or pigments) absorbing red light appear cyan. Because the effect of filters on transmitted light is the same as that of pigments on reflected light, the following conclusions derived for pigments are also valid for filters.

Ideally, a combination of yellow, cyan and magenta pigments should result in total absorption of the whole visible wavelength range and thus in the perception of a black surface.

However, the absorption properties of these pigments are never ideal in reality. This for instance explains why a four-color printer uses a black pigment in addition. Colors produced by a combination of cyan, yellow, magenta and black form the so called CYMK color space. 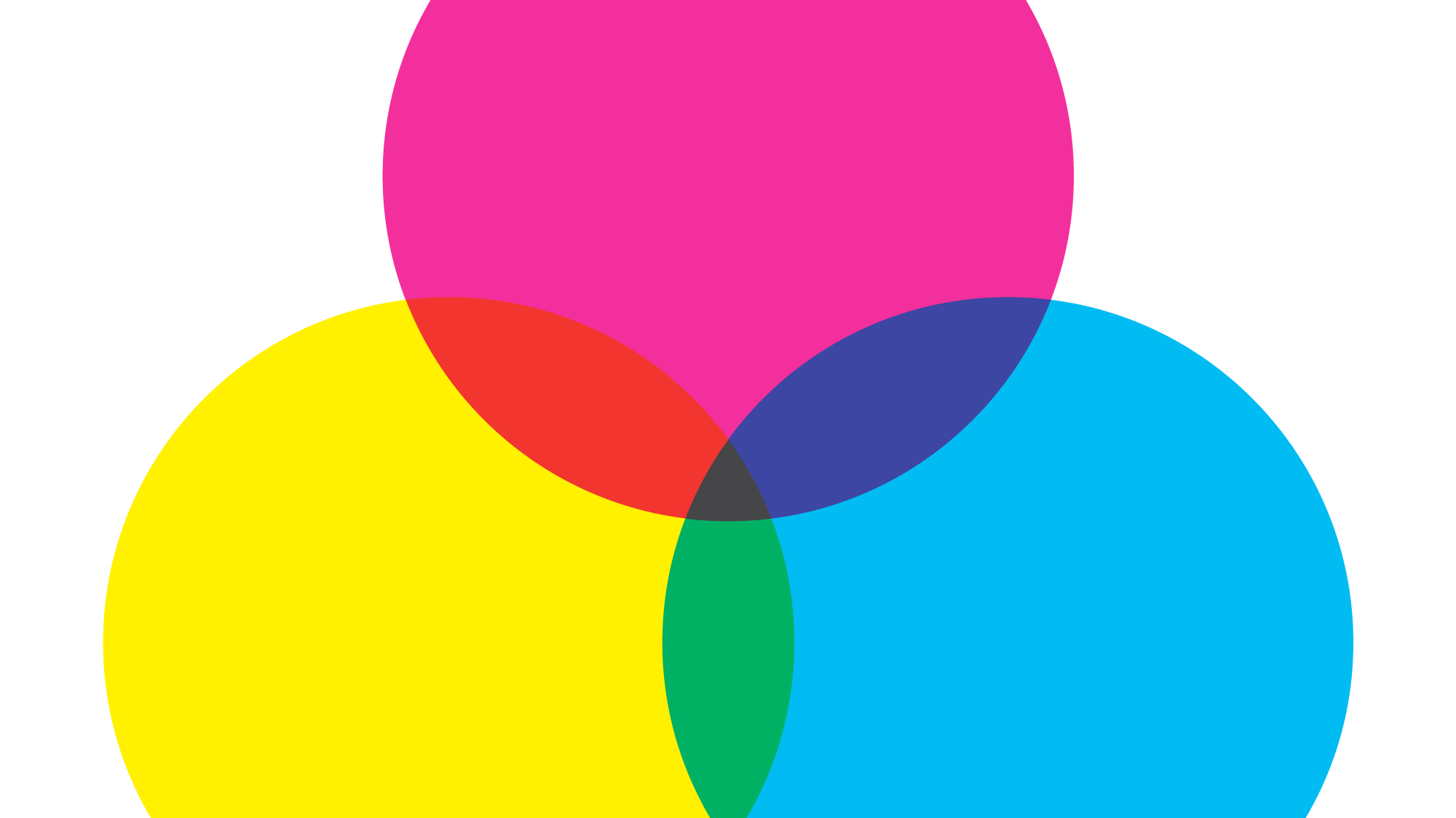