6 Theory and applications of integrating spheres

As long as we restrict ourselves to those regions that are shielded from direct irradiation by the primary source and are thus only illuminated by reflections at other of the inner surface, the theory of the ideal integrating sphere leads to two important conclusions: 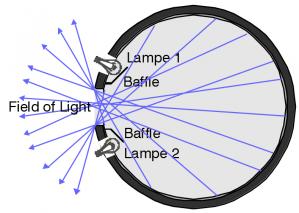 Fig. 1: Integrating sphere used as a standard source for optical radiation. Multiple Lambertian reflections
inside the sphere result in homogenous radiance and exitance distributions at the sphere’s exit port.