Absorption is the transformation of radiant power to another type of energy, usually heat, by interaction with matter. 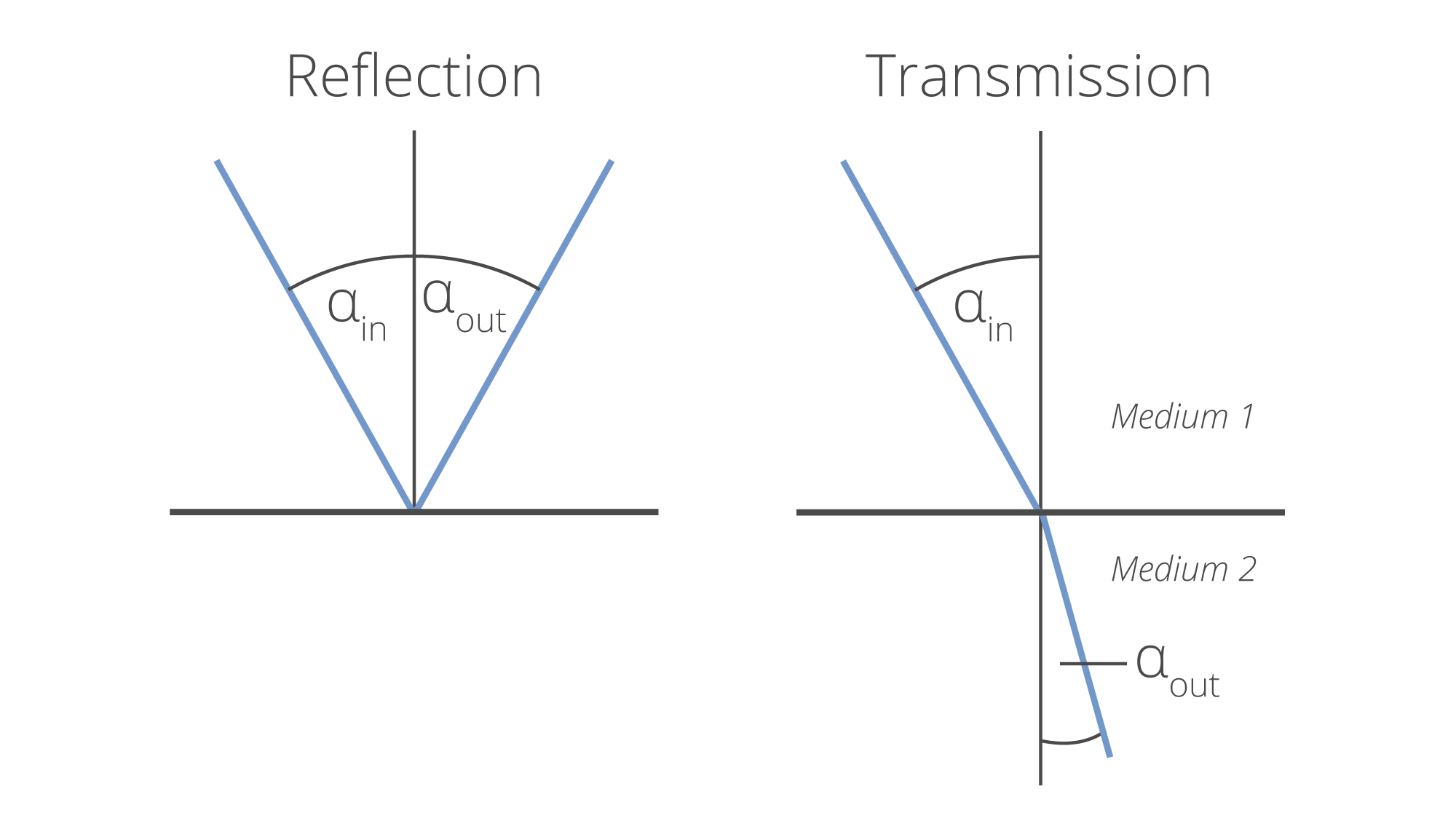 In general, reflection, transmission and absorption depend on the wavelength of the affected radiation. Thus, these three processes can either be quantified for monochromatic radiation (in this case, the adjective “spectral” is added to the respective quantity) or for a certain kind of polychromatic radiation. For the latter, the spectral distribution of the incident radiation has to be specified. In addition, reflectance, transmittance and absorptance might also depend on polarization and geometric distribution of the incident radiation, which therefore also have to be specified.

The (differential) reflected radiant power is given by the exitance Me multiplied with the size of the surface element:

Being ratios of radiant power values, reflectance, transmittance and absorptance are dimensionless.

The measurement of optical properties of materials using integrating spheres is described in DIN 5036-3 and CIE 130-1998.

In the USA, the concept of bidirectional reflectance distribution function BRDF is similar to the radiance coefficient. The only difference is that the BRDF is a function of the directions of the incident and the reflected beam (Fig. 3). In detail, the (differential) irradiance dEe impinging from a certain direction causes the reflected radiance dLe in another direction, which is given by

This BRDF depends on more arguments than the radiance coefficient. However, its advantage is the simultaneous description of the material’s reflection properties for all possible directional distributions of incident radiation, whereas the radiance coefficient is generally valid for just one specific directional distribution of incident radiation.

The unit of radiance coefficient and BRDF is 1/steradian. The BRDF is often abbreviated as the Greek letter ρ, which can easily be confused with the reflectance (see previous paragraph Reflectance ρ, Transmittance τ and Absorptance α). 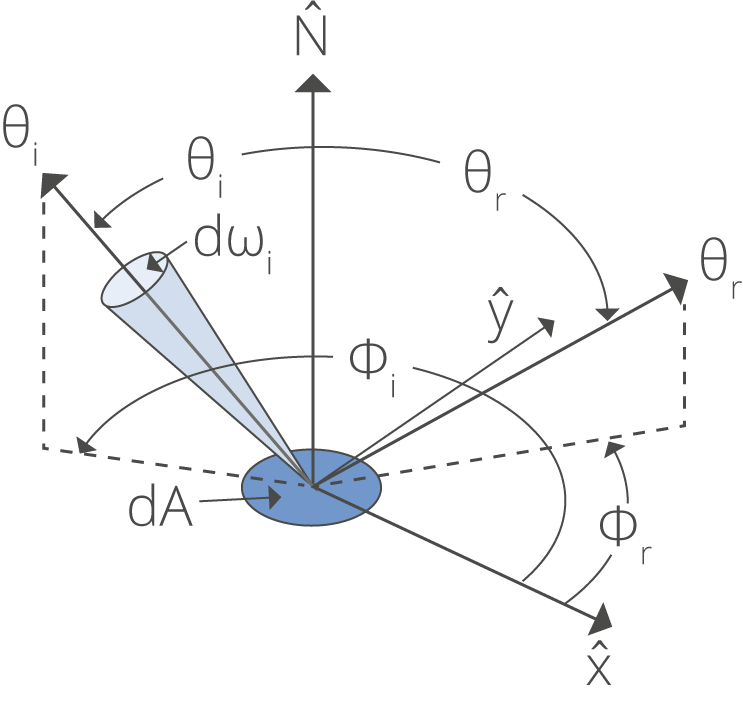 Source (valid as of 2002): http://math.nist.gov/~FHunt/appearance/brdf.html