A spectrum generally describes the variation of a certain physical quantity as a function of wavelength. Without any further specifications, the term “spectrum” refers to the quantification of the monochromatic intensity as a function of wavelength (the term “spectrum” is also used for other (physical) quantities other than intensity, but with a specific prefix. As an example, the strength of a biological reaction (for example erythema, see “The optical radiation wavelength range”) to light with different wavelengths is described by an “action spectrum”). As an example, the next figure shows spectra of an incandescent bulb, natural sunlightand two types of discharge lamps. 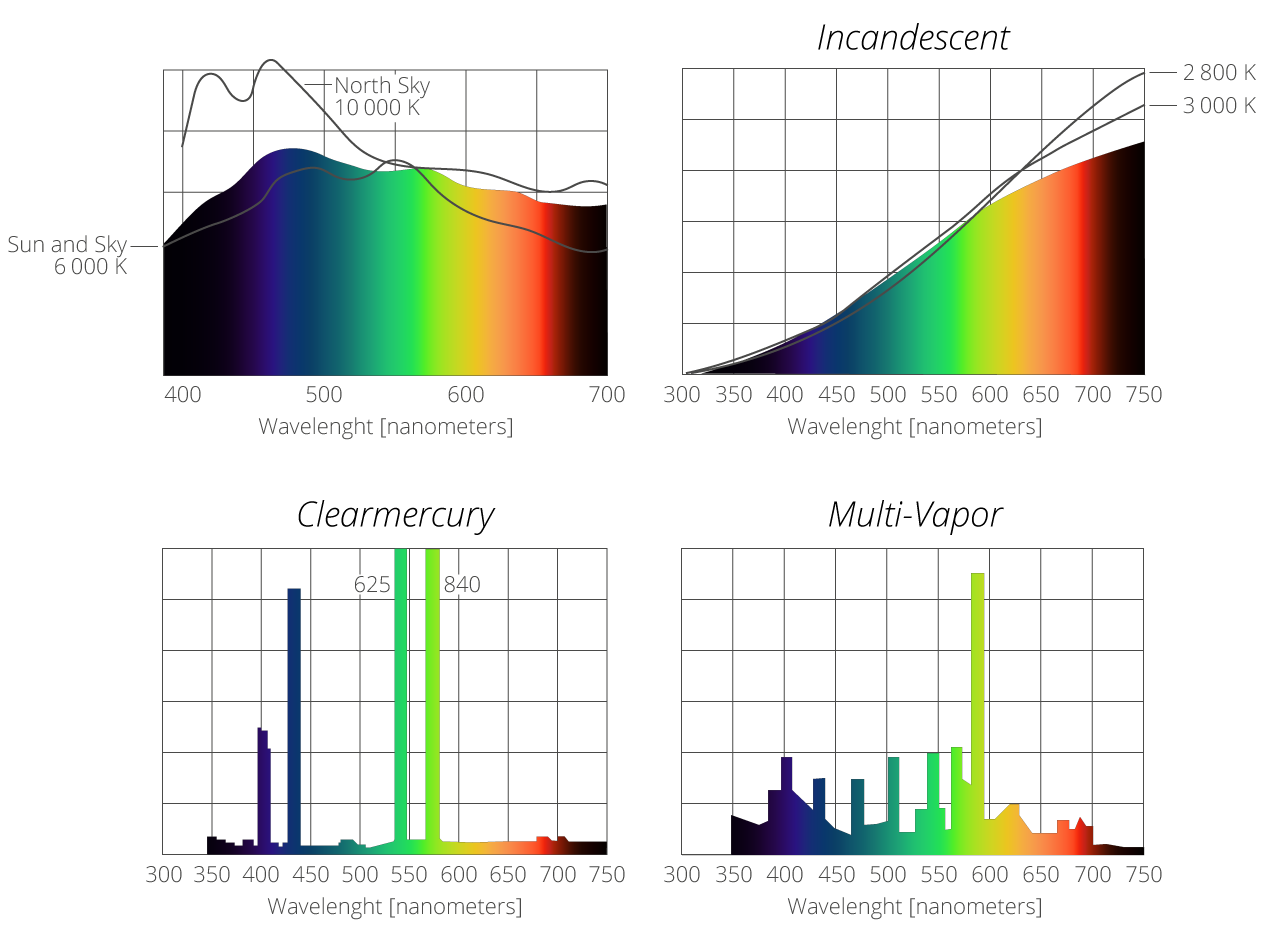 Fig. 1: Emission spectra of natural light from the sun and the sky and of artificial light from
incandescent bulbs at different temperatures, from a mercury vapor lamp and from a multi-vapor lamp.

Source (valid as of 2002): Based on http://www.salsburg.com/lightcolor/lightcolor.html

When examining spectral intensity distributions of various light sources, it is possible to distinguish four significant types. These are:

If a mixture of radiation covers a relatively large range of wavelengths without gaps, this radiation has a continuous spectrum. Typical examples of continuous radiation spectra include direct and diffuse sunlight as well as light emitted by incandescent bulbs. On the other hand, in a band spectrum there are gaps separating individual regions of radiation. If a spectrum has a number of lines of monochromatic intensity, it is called a line spectrum. Typical sources emitting a line spectrum are gaseous discharge lamps, such as helium or xenon lamps, and metal vapor lamps such as the mercury vapor lamp. Multi-vapor discharge lamps are used to achieve a more uniform spectral distribution (see fig. 1).

Devices to measure such spectral power distributions in radiometric quantity are so called spectroradiometers. Here it is important, depending on the spectral distribution, to apply the optimum optical bandwidth or even bandwidth corrections according to CIE 214.